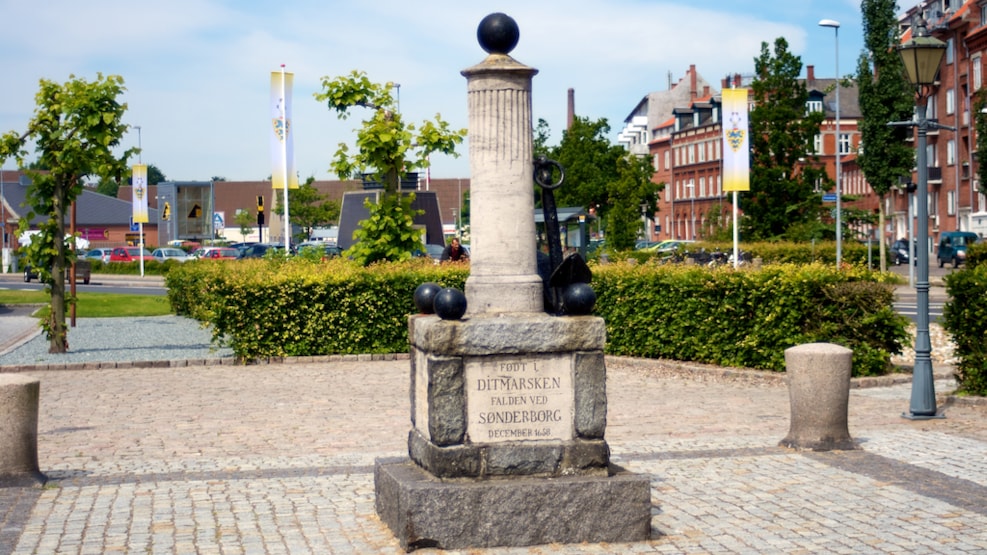 A monument in honour of Peter Jensen Bredal, who was a Danish naval officer and later became a captain in 1644 and fought in the naval battles at Falsterbo and Møn in 1657.

A memorial for Captain Peter Bredal, donated by the Nyborg Tourist Association to Nyborg Municipality in 1900.

Peter Jensen Bredal, a Danish naval officer, is believed to have been born in Ditmarsken. He began his career in the navy as a simple sailor.

In 1658, with a squadron of 4 ships, he had sought winter quarters at Nyborg Fjord, where he made himself famous by his heroic defense against the Swedes, who tried to board his ships over the ice. He was appointed crew master at Holmen as a reward for his heroic actions.