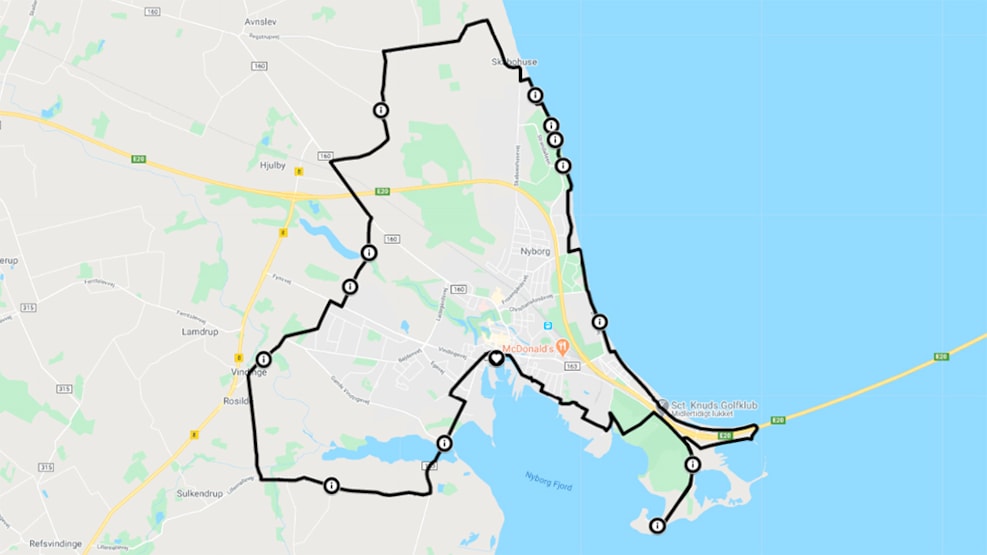 The Black Clover Path takes you around the scenic landscape in and around Nyborg, which offers coastline, villages and beautiful scenery. The route is ideal for a bike ride or a long walk.

The Black Clover Path starts at the harbour in Nyborg, and you make your way through the scenic landscape on the southern side of Nyborg Fjord with Dyrehave Mill in the former royal deer park (Dyrehaven) and Holckenhavn Castle. You then head along Holckenfjord, before taking a detour to an old fertility spring, St. Mads source, and on past Denmark’s third largest village church, Vindinge Kirke.

On the Knudshoved peninsula and at Slipshavn, which is Nyborg’s original medieval harbour, you head through a nature conservation area offering diverse flora and fauna as well as many rare flowers. You have the opportunity to take a short walk around the Knudshoved peninsula, where you will find a bird sanctuary, lighthouse and a beautiful view of the Great Belt. The path now heads back towards the town, where it joins the Blue Clover Path as it runs past Nyborg’s industrial harbour. Before coming to the end, you’ll pass Nyborg Distillery in the old railway sheds.

NB: The stretch along the coast takes you through woodland and along the beach. It may be necessary to pull your bicycle in some places. Alternatively, you can cycle on the road through Teglværkskoven wood after Strandhøj Park.