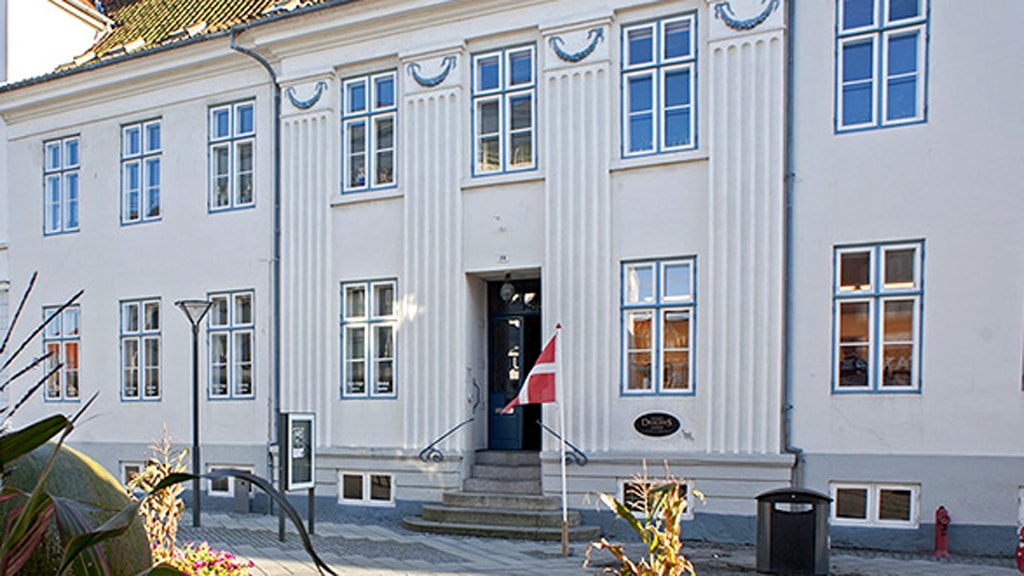 This early house was at one time owned by Anders Draghe – hence its name. In 1483 he sold it to King Hans’ Queen Christine. The fine front building in two
storeys was built around 1800. The property was purchased in 1761 by the father of Johan Peter Rieffesthals, who later became a pharmacist. After the fire of 1797 the present building was constructed with white limestone from the cliffs of Stevns on Zealand.

These stones were a gift to the town and can still be seen at the back of the house, whereas the front facade has been plastered over. This facade is decorated with four Etruscan pilasters topped with festoons. The builder is unknown, but Johan Rieffesthals’ father was trained as a pharmacist in Odense by a Mr. Westen, who was godfather to Nyborg’s Johan Jakob Encke.

The latter may well have been involved in the construction of the house. Parts of Anders Draghe’s Gård are used today as exhibition rooms by East Funen’s Art Society.

See all in this area