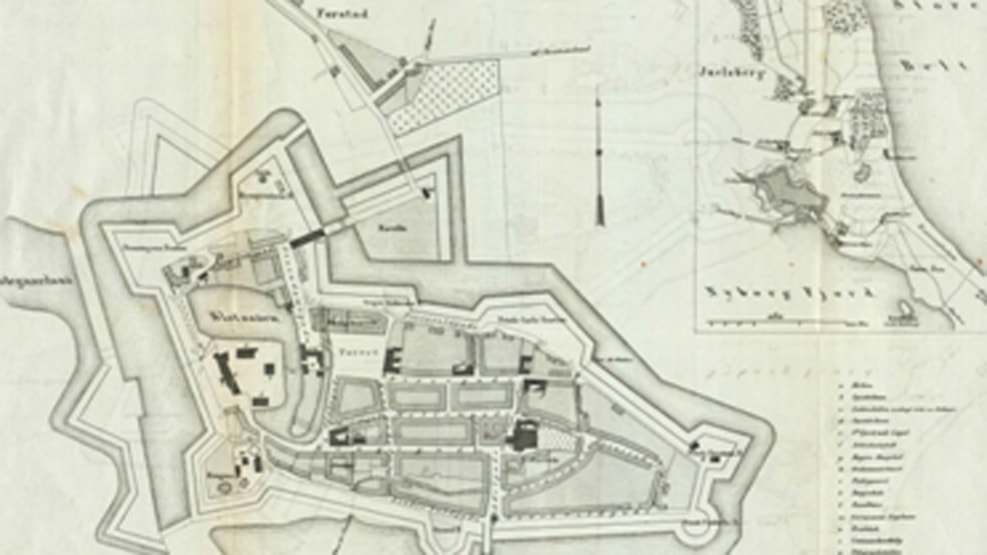 Nyborg Cemetery has a special history, as parts of the cemetery are located on a former fortress site. The oldest part of the cemetery was established outside the former city limits close to the fortress area. In 1665, the cemetery is referred to as "the cemetery of the poor and the commoners". At this time, the cemetery was not the primary burial ground in Nyborg - the majority of the inhabitants of Nyborg were buried in the cemetery located inside the city at Nyborg Church.

In the early 1800s, the cemetery at the outskirts of town consisted of a small area at Christianslundsvej. The local authorities wanted to expand the area, but it was not so straightforward, as the land for the expansion lay on the glacis of the fortress, and the inclusion of land for the cemetery required special conditions for defense reasons to be met. In the event of war, the cemetery had to be arranged in such way that it could easily be leveled to the ground. Thus, it was forbidden to set up stone monuments at the graves. A possible enclosure of the cemetery had to be done either by means of timber or a simple ditch – walls or stone fences were prohibited. This was just the first of many expansions. In the 1800s and 1900s, the cemetery grew rapidly, and gradually it covered a larger area south of the old moat or ravelin as it is also called.

Nyborg fortress had been closed in 1869, and the moat at the cemetery gradually dried up. When changed burial forms required a rethinking of Nyborg in the middle of the 20th century, the dried up moat was exploited as, for example, the creation of spaces for urn burials began. Fortunately, the history of the area was taken into account in the plans, and the new urn yard was built in the dry moat with urn grave sites placed on the slopes and lying stones in the intervening grass area. At the urn grave stands a bronze sculpture depicting a young, seated woman by a fountain basin. The sculpture was made by the sculptor Gunnar Slot and was completed in 1961, which marked the final completion of the urn yard.