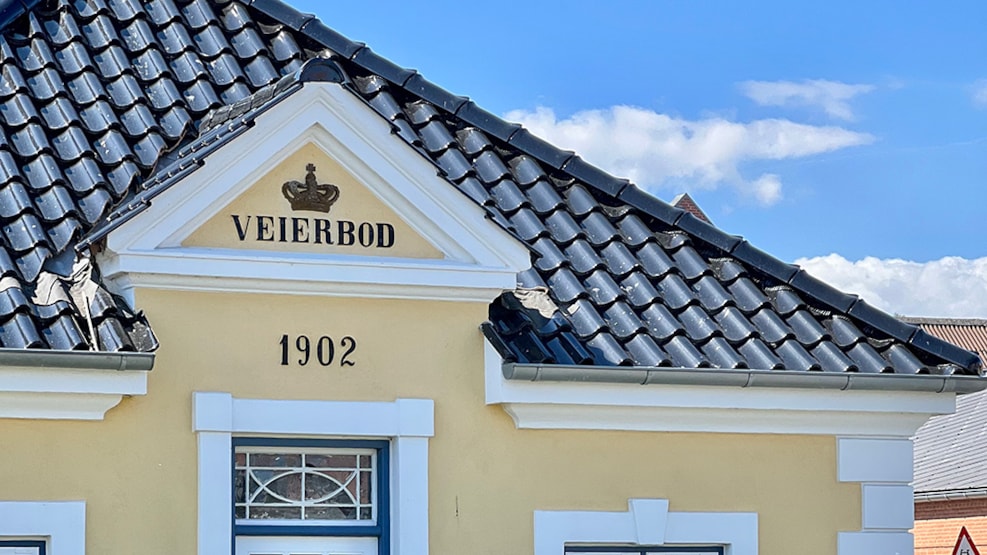 The historic building on the harbor was built in 1902 and is considered an important part of cultural heritage in Nyborg today. The building is currently used for local art exhibitions by Nyborg Kunstværksted.

The name, vejerbod, roughly translate into a weighing stall. Thus, as the name suggests, it was a place where goods arriving at the port were publicly weighed. In the stall, goods could be checked and weighed, so that any customs fee could be determined. Afterwards, the goods could subsequently be shipped off.

Vejerboden in Nyborg was designed by the architect August Colding, who was also an inhabitant of Nyborg. It was built and stood ready for inauguration on 25 July 1902. The architect Colding is the architect behind numerous important buildings in Nyborg, including The Court House in Stendamsgade, as well as many of the town's larger merchant farms. Throughout his life, Colding was an active part of Nyborg's cultural life and served, among other things, as a member in several important cultural institutions.

The building on the harbor has been a place for more than weighing of goods throughout its long history. For example, in the 1990s, the building formed the framework for the Marine Association in Nyborg and in recent times it has been used by, among other things, a driving school. In 2005, the Municipality of Nyborg decided to keep Vejerboden and owns the building to this day.

The historic building still remains in its original splendor, despite ongoing discussions about expansions over time, and helps to tell the story of the old harbor environment. Today, the building is used throughout the year for both working art exhibitions and joint exhibitions by local artists from Nyborg Kunstværksted.