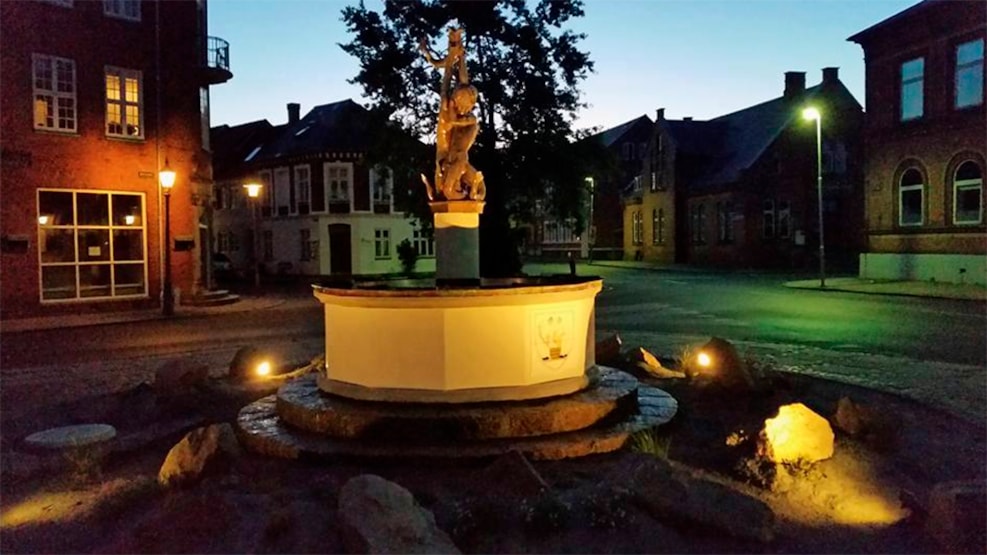 The Triton fountain is located on Nørretorv.

The fountain was donated in 1928 by Nyborg Tourist Association. It is made by sculptor Axel Poulsen.

Triton Fontænen is a fountain located on Nørretorv in Nyborg.

The fountain was inaugurated on 20 July 1928 and donated to Nyborg Municipality by Nyborg Tourist Association. The fountain was originally made by sculptor Axel Poulsen.

Most recently, the fountain was renovated in the spring/summer of 2016 at the initiative of Bent Yagi, who is also chairman of the "Association for the Preservation of the Triton Fountain", and with support from Nyborg Municipality and the Albani Foundation.

Read more about the fountain itself in the file in the menu at the bottom.

Read more about the restoration in 2016 and the association on Facebook.