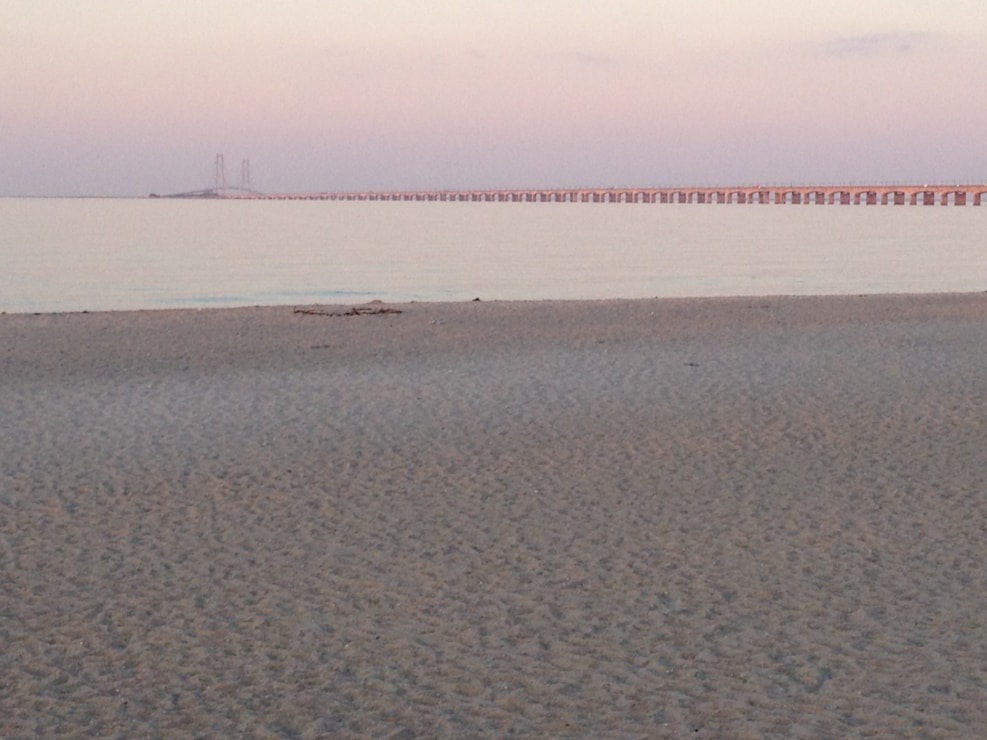 A lot of people know Fyns Badestrand as it is situated right where the Great Belt Bridge (Storebæltsbroen) reaches Funen Island (Fyn).

It is a nice, large beach, which was created when the western bridge was built. Nice sandy beach and on the bottom. Nice for a swim. The flow of water in the Great Belt assures that the water is always pure and clean.

Facts about the Great Belt Bridge

The 18 km long fixed link across Storebælt comprises two bridges and a tunnel.

The West Bridge, which is a combined road and rail bridge, is 6,611 m long.

The West Bridge, in fact, consists of two parallel bridges, one for the road and one for the railway. Both the bridge’s super and sub-structures were manufactured in concrete at a factory near Lindholm on Funen.

The elements for the West Bridge were towed out to the bridge alignment by the floating crane, Svanen. On the 62 bridge piers lie 63 bridge spans, 51 spans of 110 m and 12 spans of 82 m. Each bridge span comprises a road and rail girder.

The bridge’s passage height is 18 m.

The East Bridge between Zealand and Sprogø is 6,790 m long.

The East Bridge consists of a sub-structure and a superstructure.

The suspension bridge is connected to 23 approach spans (14 from Zealand and 9 from Sprogø).