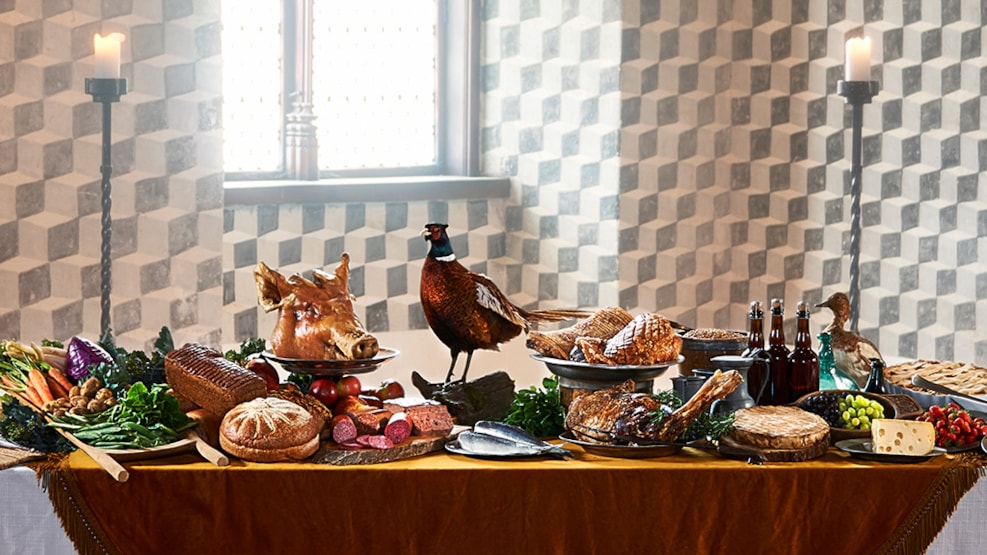 The food network Kongens Fadebur builds on more than 800 years of tradition and produce and deliver the best raw materials and products for large events in Nyborg Len. The Len system is otherwise known as feudalism.

The king met with his parliament at Nyborg Castle throughout the Middle Ages, and later the city developed into what can be called Denmark's first capital. It was a great event when the king and his entourage came to town. At these occasions a great need for food and drinks in abundant amounts delivered by the King's Pantry arose. In Nyborg, this was particularly well taken care of.

The royal Nyborg Len covered almost half of Funen and, as one of the only ones in the country, always belonged to the king's pantry. This meant that farmers and craftsmen belonging to the len paid taxes in the form of crops and products directly to the king's court. The East Funen producers thus have an almost 800-year-old tradition of being suppliers to Danehoffet and Nyborg Castle. The Kings Pantry carry that tradition up to the 21st century in collaboration with all East Funen food producers and Nyborg Castle.