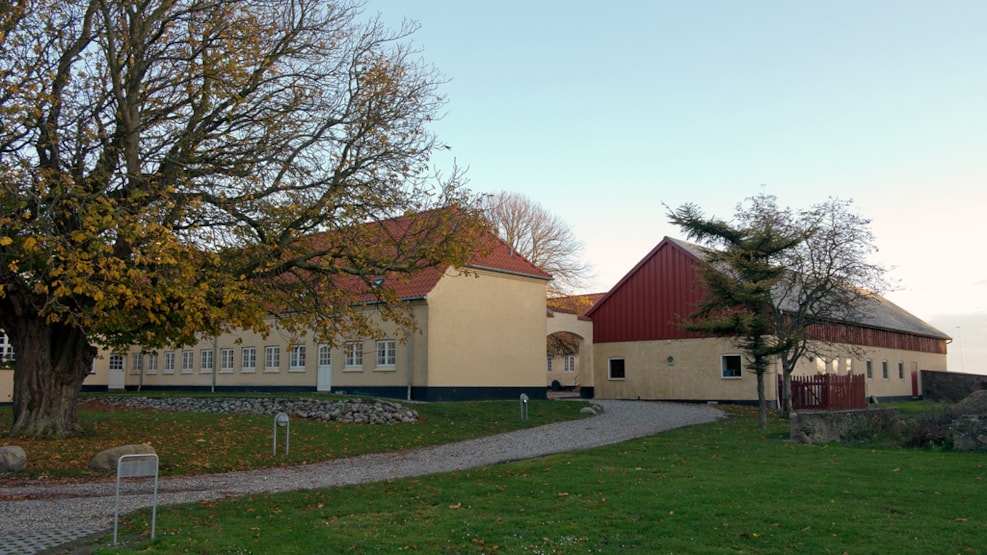 The Girls’ Home on Sprogø

The Girls’ Home on Sprogø represents a particularly horrifying chapter in the history of the treatment of the less fortunate in Danish society. Between 1923 and 1961 an institution for ”morally defective” girls was located on Sprogø.

The women’s institution on Sprogø was not a prison, but its inmates had to stay there for an indefinite period. It wasn’t a hospital, but the women were not regarded as ill. The women were viewed as being “of easy virtue” and “loose”, but they themselves dreamt of a middle class existence.

”If you don’t behave yourself, you’ll end up here.” When the ferry passed Sprogø, it was common to threaten girls with being taken to the place in Denmark that was impossible to escape from. Around 500 girls were brought to Sprogø during the period 1923-1961. If in a local society, a person was branded as either being unstable in terms of their work or conducting themselves in a way that went against the common morality, they could be diagnosed as ”morally deficient”. Characteristics of such a diagnosis included vagrancy, thievery or sexual insatiability. Then they would be transported to an island. For men this was Livø. Women were taken to Sprogø. The detention at an institution lasted for an indefinite period.

It was the head doctors who had power over the important decisions: Sending the inmates there and letting them out. On a daily basis, it was the principal of Sprogø that decided the girls’ comings and goings, and their punishments and rewards. The head doctor played the role of “the father”, whilst the principal was “the mother”. Sprogø functioned as a home for the girls. The principal on the island was the model for how the girls should act to prove that they were behaving themselves well enough for parole. In the press, life on Sprogø was always presented in a positive way.

A whole island filled with lustful women caught the imagination of many men of course. But the island was strictly monitored. A male visit to Sprogø would destroy the idea of the institution. Nevertheless, several times men from outside managed to come into close contact with women interned on Sprogø. One of the women fell pregnant by “a man with shiny buttons”. The woman was sterilised after the birth. “The man with shiny buttons” had the charges against him dropped. The case aroused so much attention, that it led to a proposal to tighten the criminal law, so that a man who had intercourse with a woman from an institution like the home on Sprogø could be punished with a penalty of between three months and eight years imprisonment. The proposal was not adopted but it shows there was a desire to completely protect the women on Sprogø from the outside world, as well as the other way round.

You can also visit the Poorhouse (Fattiggården) in Svendborg, which forms the unique setting of Dansk Forsorgsmuseum. The poorhouse, after it was built in 1872 and until 1974, functioned as a poorhouse, workhouse and care home and today stands as it did when it was last used in 1974…

The story of the girls, the way they were treated and the home itself featured in Jussi Adler-Olsen’s crime story ”Journal 64” about Carl Mørck and Department Q. A story that’s told like this: “Until around 40 years ago, maladjusted or merely unlucky Danish women were transported to a small island, where evil, neglect and torture-like methods were used to maintain order. Nete Hermansen came here and she got away: so she thought…” Will the participants on the Sprogø trips get away from Sprogø or should Carl Mørck go out to search for them?