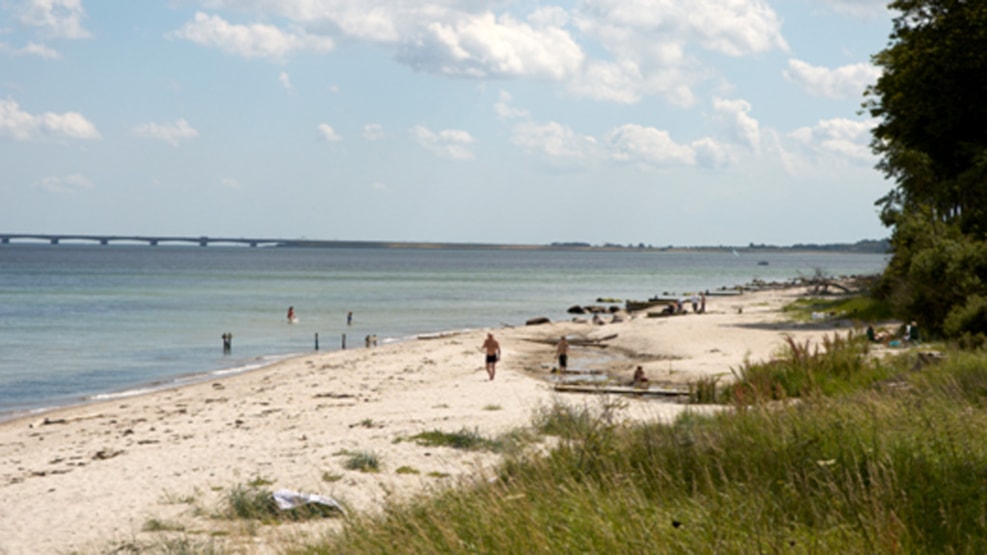 The history of the forest goes back a long way. The exact age is not known, but at a meeting at Nyborg Castle in 1435, Erik of Pomerania, otherwise known as Eric VII (1397–1439) donated the forest to the townspeople.

Teglværksskoven is beautifully situated by the Great Belt north of Nyborg. The forest is 1.5 km. long and 600 meters wide. Teglværkskoven is the largest of Nyborg Municipality's forests and covers an area of ​​approx. 69 hectares. The main tree species is beech with a mixture of ash, oak and islets of softwood. The forest is situated on a relatively flat moraine surface from the last ice age. 1.25 hectares in the south-western part of the forest were planted by the city's school and institutional children in 1990, with around 700 children participating in the planting.

The history of the forest goes back a long way. The exact age is not known, but at a meeting at Nyborg Castle in 1435, Erik of Pomerania (1397–1439) donated the forest to the town's citizens. "By privilege, dated Mortensdag 1435, the King, Nyborg City's Mayors, Council, Almue and all their descendants, donated the Flæskholms lands, the Kohaven (Teglværksskoven), Christianslund Forest and Nærmer Island for free grazing, bonfires and overgrazing. A total of 750 tdr. of land which then formed a total forest complex. Forests were used, as was customary, for grazing.[1]

After the big fire in Nyborg City on 11–12 September 1797 there was a great need for bricks. A brick factory was therefore built in Kohaven, which was then called Teglværksskoven. The brickworks was located approximately where the restaurant is today and consisted of a larger and a smaller kiln as well as 4 barns. However, the brick factory did not live up to expectations and production stopped when the burned city was rebuilt.

The forest is home to many different animal species, e.g. wild game, hare, fox, mouse, bat, pheasant, buzzard, crow, wood pigeon, woodpecker and several species of small birds. In the forest's marshes and water holes, you may be lucky enough to see the grass snake and the rare large water salamander. Along the coast, it is possible to see porpoises and, in rarer cases, seals.