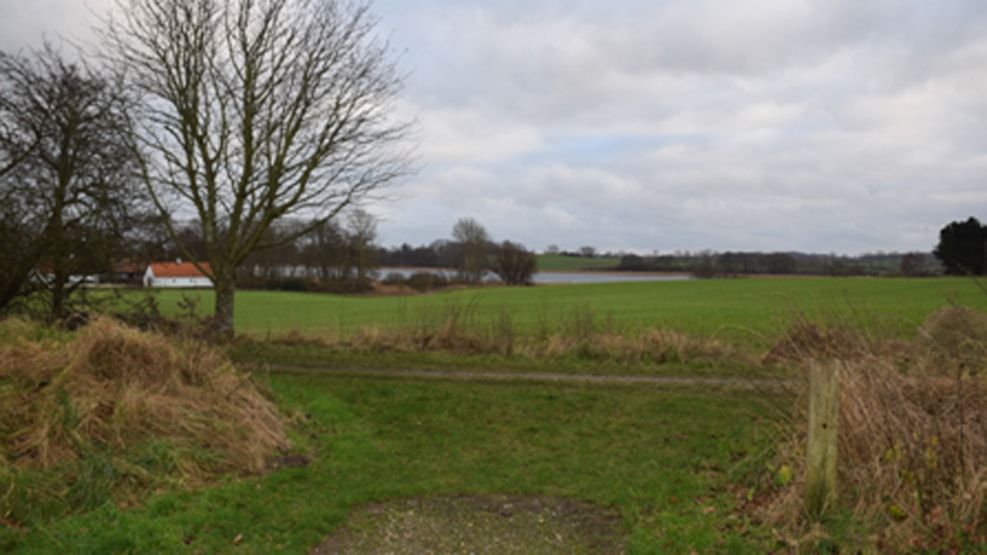 The Svendborg-Nyborg Railway was inaugurated on 1 June 1897 with a special celebratory train with speeches held at each station - the speeches were so numerous that the celebratory train arrived at Svendborg with a 1½ hour delay. But there was also reason to celebrate - the inauguration was preceded by a 15-year battle for the track and great financial costs

The railway was established as a private railway by  Svendborg-Nyborg Jernbaneselskab, but unlike other private railways this railway had large local stations in Nyborg and Svendborg. In addition to the two end stations, the line contained four other main stations: Vejstrup, Gudme, Hesselager and Øksendrup, all of which were managed by a station manager. There were also four minor stations: Skårup, Oure, Rygård and Frørup, which were more sparsely equipped and which were managed by a station master. The eight land stations had a uniform feel and were designed by the architect Heinrick Wenck, who had designed several station buildings on Zealand too. Finally, there were a number of stops on the line without an actual station.

The railway in Nyborg

The track ran behind the buildings on Strandvejen in Nyborg, and the track reached the local station just south of Nyborg's centre. The station with a superintendent's residence and two-track shed was built on "Kamhullet" - a filled-in area between Strandvejen and an area where a piece of the fortress rampart had previously been located. The filled area did not form an ideal foundation, and in order to make the local station as light as possible, the building was made of half-timbered timber, which did not, however, prevent it from sinking before the track had even been inaugurated. The structural damage grew in extent, and in 1934 the old station was replaced by a new one in functional style - this time placed on a concrete base.

The train initially left four times a day each way. The price for a ticket between Nyborg and Svendborg was DKK 1.15 for a seat in 3rd class. 2nd class cost DKK 1.70 and passengers who wanted to travel 1st class had to pay DKK 2.60. The line was a success, and during the first 10 months after opening, 29,000 travelers had taken the trip between Nyborg and Svendborg . School pupils made up a large proportion of the travellers, and between 1897 and 1964 it was possible for pupils to buy cheap season tickets.

The Development of Traffic

In 1916, a side track was built to the Avernakke Peninsula, where the Danish Petroleums-Aktieselskab has facilities. This expansion took place while the track was leased to SydFynske Jernbaner. From 1949, the track was leased out to DSB, and in that connection Nyborg Lokalstation changed its name to Nyborg Syd, while the DSB station became Nyborg H.

The Svendborg-Nyborg Railway played a major role in the traffic between Sydfyn and Zealand, but in 1964 it was over and buses replaced the trains.