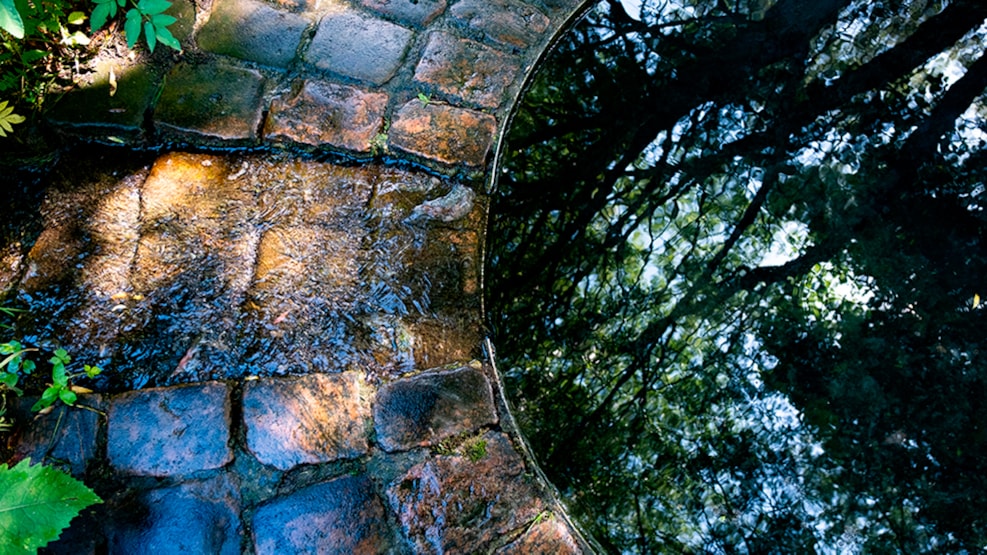 The spring of Saint Mads has been active since the Ice Age and has been perceived as a holy spring as far back as the Viking Age - and perhaps even further back.

With the introduction of Christianity in Denmark, many holy springs were associated with a saint. More than 700 are known in Denmark, but only two are linked to St. Matthew – known in Denmark as St. Mads. One is around Nyborg, the other on Fur, however, the one on Fur is only known from written sources.

There are several versions of the martyrdom of the apostle and evangelist Mads, but according to one version he was stabbed in front of the high altar in a church in Ethiopia in the first century after the birth of Christ. That version was probably told locally, as the story was retold on a tablet – which probably originates from an altar – which still hung in Vindinge Church in the 18th century, where there was also a chapel and an altar to St. Mads who is mentioned in a priest's report from the 1620s.

In the Middle Ages, people made pilgrimages to St. Mads’ spring for healing. Pilgrimage destinations and holy springs of this kind could be a great source of income for the local church. But the cult of St. Mads and his source ceased with the Reformation. Not necessarily because people stopped believing in the healing abilities of the spring, when spring markets were held at a similar local holy spring in Regisse by Frørup right up to the 19th century, but because the king, Christian III, simply moved the market to Nyborg within the ramparts for reasons we no longer know.

It could have been due to the large income from the rich market, the income from the pilgrimage to the spring and the need to house the many people. However, there is very little written evidence about the spring and both the pilgrimage and the market are only known from later priest reports. Perhaps it was visited in silence in the time that followed. In any case, stone work was carried out around the spring in the 1870s, but otherwise it was very worn down until the current owner renovated the spring in 2014.

St. Mads’ Spring is on private land, so be considerate. You must walk on the path down to the spring. Dogs must be kept on a leash. No bicycles. Larger groups are allowed by appointment only.

Show special consideration during the breeding season (March-June). There is no access when there is hunting in the area.